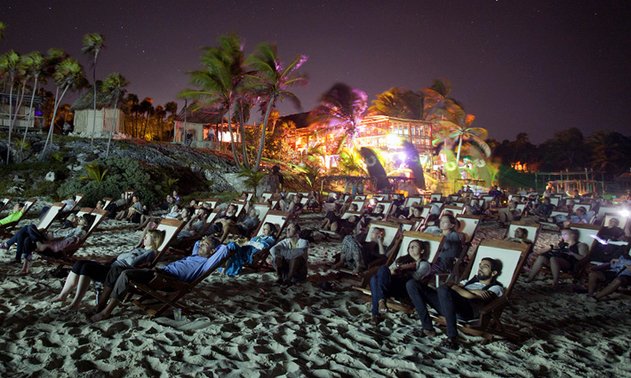 The fourth edition of the Riviera Maya Film Festival is set to take place from April 23rd to the 29th this year bringing the arts to the forefront once again in the area. The cultural event in the Riviera Maya, just minutes from Cancun, will showcase some of the best national and international film talent in the world and will provide members with an exciting reason to visit Cancun this April, or indeed start planning for 2016 when the fifth edition of the film festival is planned.

This year’s edition of the Riviera Maya Film Festival will include films from various categories, including a Mexican Platform, where local filmmakers will compete for one of two Kukulkan prizes, which are economic incentives to help sponsor the distribution of the films throughout the nation. Other categories include Galas, which are special screenings attended by honored guests, directors, producers and actors; the Planetarium, which features films that take a position on world issues; and other categories, such as Wide Audience, Authorial Panorama and Rivieralab productions.

Organizers use the natural beauty of the region to their full advantage by choosing venues that accentuate the magic of cinema and perpetuate a feeling of nostalgia during the festival.  Beachside screenings, cinema showings, movies in the town-square and drive-in theaters are all part of this year’s festivities, and organizers are eager for the festival’s opening.

The natural beauty of the venue and the overall excellence of the films selected for screening each year has made the Riviera Maya Film Festival a hit year after year.