How to Celebrate Mexico Independence Day in Mexico

Although travelling to Mexico is always a good idea, one of the best times to plan your visit is during September, when one of the biggest celebrations for the Mexican nation takes place – Independence Day. From traditional recreations to exciting beach parties – there are many different ways to commemorate the momentous day.

Although Independence Day is often mistaken with Cinco de Mayo – the important date that celebrates Mexico’s victory over France in the Battle of Puebla, it is actually on September 16th, not May 5th. So what is the story behind it?

Well, the history around Independence Day is quite interesting. Mexico’s War for their freedom lasted for more than 11 years. Even long before 1810, Mexicans had lived under Spanish rule. Of course, Spain kept a tight hand over all of its colonies, which limited their opportunities and chances of development. The United States, which had claimed its independence a few decades before, served as a great inspiration for Mexican people. If they could, why couldn’t we too? When Napoleon invaded Spain and captured Ferdinand VII, Creole patriots realized they have a chance to change history. Thanks to Napoleon, Mexican and South American rebels were able to create their own governments while still being loyal to the Spanish King.

As time passed, Creoles realized it was time to fight for their freedom. That came with a price, of course. Although the overall situation in Spain was unstable, it still had control over its colonies. At the beginning of the 19th century, many conspirators tried to make their move but proved to be unsuccessful. Most of them were captured and harshly punished. But in September 1810, things began to change. Father Miguel Hidalgo heard the news that the Spanish were coming for him. On the 16th of September, he made a public statement saying he is standing against the tyrannies and any parishioners can join him. This speech, named El Grito de Dolores or the “Cry of Dolores”, has become a symbol of Independence Day. Surprisingly, just in a few hours, Father Hidalgo had gathered a poorly armed, however large and motivated army. At the Battle of Monte de las Cruces, they fought the Spanish defense. In the following years, rebels continued their war for Mexico’s independence, but it was not easy. In 1811 Hidalgo and other leaders were killed. Although the fight went on for a couple of years, September 16, 1810, is considered to be the nation’s Independence Day.

Nowadays, September 16, together with the Day of the Dead and Revolution Day, are Mexico’s biggest and most significant holidays. If you are lucky enough to visit the beautiful country during the celebration, you will experience fantastic festivities – massive street parades, fun events and yummy signature dishes. Be prepared to hear a lot of “Viva la Independencia national” and “Viva Mexico” from the cheerful crowds on the streets and learn more about the Mexican way of living.

Below are some ideas on how to celebrate Independence Day of Mexico.

Typically, September 16th is celebrated with all sorts of parades, colorful and fun street parties, stunning fireworks, mariachi performances and even folk dancing of the streets, which is called Bailes folclóricos. There is a military march in Mexico City, which is held in the memorial of Hidalgo. No matter where you are in Mexico, you can easily watch the parade on TV or in cafe’s that translate the event.

Another major activity worth paying attention to is the recreation of “El Grito” of hundreds of thousands of people. Usually, the Mexican president stands in front of the crowd in the National Palace. As the president finishes each line, the public joins in by shouting “Viva!”. The fascinating celebration culminates as the president rings a bell in memory of Hidalgo. In some areas in Mexico, local politicians play out their version of the historical event.

Mexico is famous for its incredible cuisine, and Independence Day is another showcase for it. During the holiday, you will be able to taste many interesting dishes that will make your taste buds really happy. Watch out for pozole, menudo – a famous beef stew which also works as a hangover cure –, birria de borrego – a spiced lamb – as well as drinks made from tequila, for example, fundido. Another yummy dish you may notice in cafes and restaurants is Chiles en Nogada, which is stuffed poblano chiles bathed in nogada, a walnut cream sauce and garnished with pomegranate seeds and parsley. This is a pretty popular choice since it is served in the same colors as the Mexican flag.

Sing and Dance in a Cantina

There is no doubt that Mexico has excellent music, fantastic mariachi and probably the best tequila in the whole world. Why not combine them? Probably the best place to do so is a cantina (a bar). All around Puerto Vallarta, Cabo San Lucas, Islands of Loreto and Cancun, you will find many great cantinas to enjoy local flavors in a fun atmosphere. 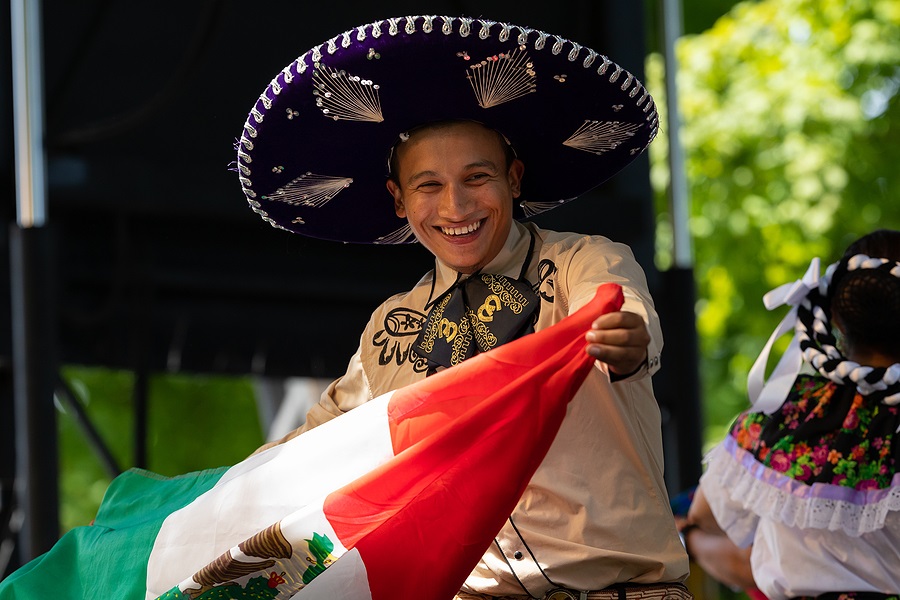 Head to the Beach

Although the official Independence Day is September 16, when all of the banks, schools and businesses are closed, many festivities begin on September 15th. In resorts, a big part of the celebration happens on the beach. If you find yourself in any city located near the ocean (which all of the cities where the Villa Group Resorts are located are), you are in for a real treat. Enjoy loads of fiestas and beautiful fireworks! 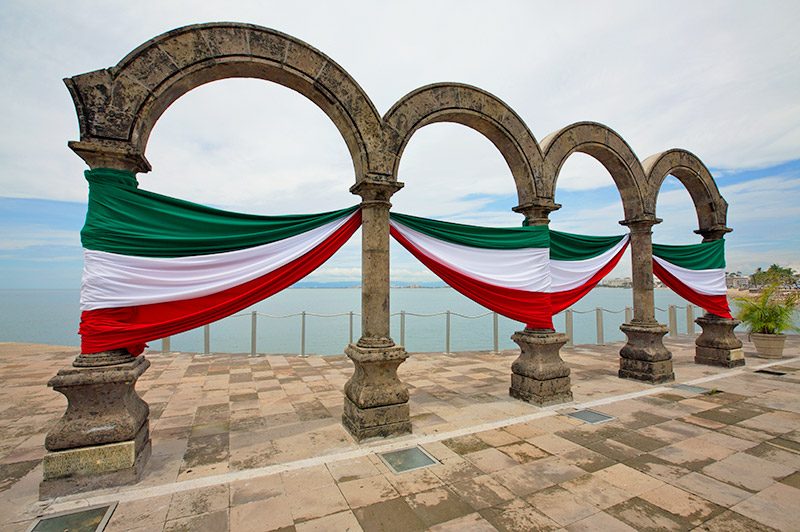 Drink the Colors of the Mexican Flag

Although it might seem a bit funny at first, having a drink in Mexico’s national colors can actually be a fantastic way of celebrating Independence Day. There are two ways you can do it. First – create a Mexican flag shooter using all the colors layered in one shot glass. For example, pour grenadine, white tequila and creme de menthe in your glass one by one. Or – order a Bandera Mexicana with a shot of lime juice, a shot of tequila and sangria. After this, you’ll surely be ready for a fun day or night of celebration. 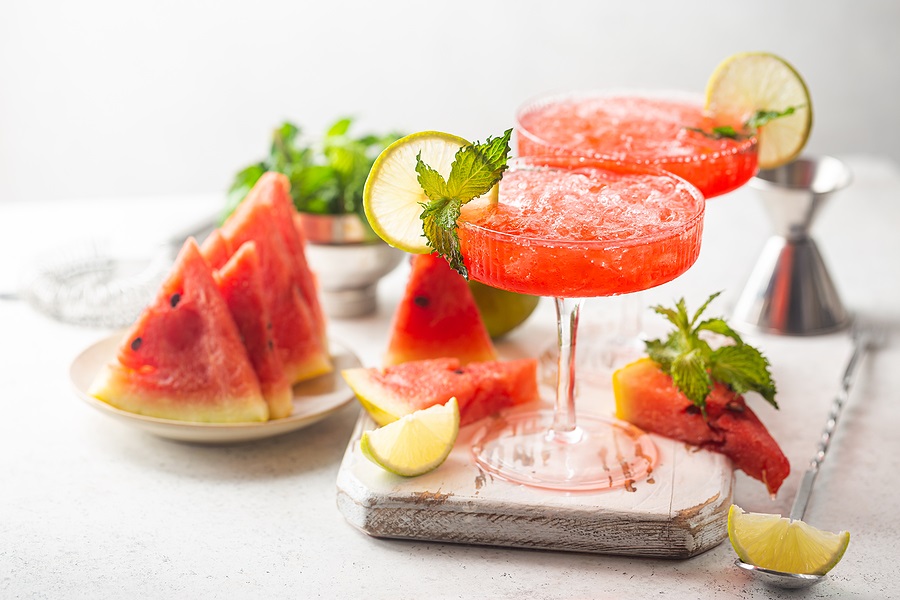