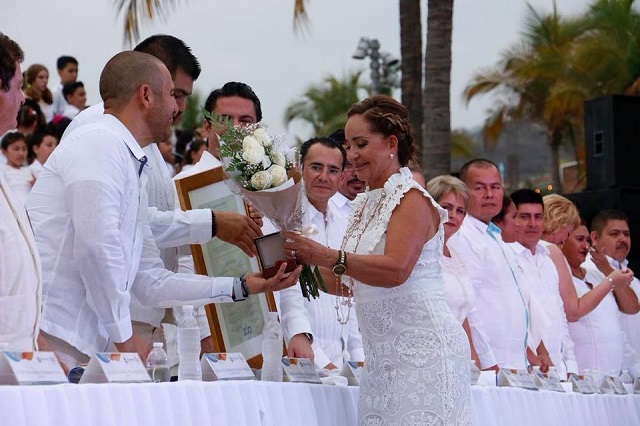 Every year on May 31st, as part of the city’s anniversary celebrations, the Premio Vallarta awards are given to those citizens who have acted for the benefit of the community in one way or another. The Premio Vallarta is the highest award granted by the municipality to the inhabitants of this port. Awarded to Vallartenses by birth or adoption who have resided in the city for at least five years, the prize recognizes eminent merit or distinguished and exemplary behavior relevant to deeds or services performed for the town and its inhabitants, as well as heroic acts. This year Eagle’s Wings President and Board member, Eva Contreras and Sara de Cardona, received the Ignacio Vallarta Award on behalf of Eagle’s Wings. Thank you to all of you for your support and making this possible.